Living at home on Youth Allowance when a parent dies – superannuation death benefits and income tax. 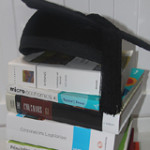 Super death benefits are the last thing on most young students’ minds.  Many young adults live at home while they study, work and train in preparation for their future. For some, Youth Allowance payments (see below) may go some way in paying bills, but there is still heavy reliance on parental financial assistance.

Losing a parent in these circumstances is particularly devastating.  If the young person receives superannuation death benefits from their parent’s superannuation fund, would they be assessed on this money for income tax?

This situation was considered in a decision released by the Australian Taxation Office (ATO): Interpretative Decision on  income tax and death benefits paid to an adult child on Youth Allowance ATO ID 2014/6.  The ATO addressed the question of whether an adult child on Youth Allowance was dependent on the parent at the time the parent died for the purposes of  being a death benefit dependant.

The circumstances were that an adult child (being over 18) on Youth Allowance was living at home with their parent when the parent died.  Because of the parent’s death a death benefits payment was paid from the parent’s superannuation fund to the child.

Would the adult child have to pay tax on this money?  It hinges on whether they were  dependant on their parent within the meaning of the tax law provisions.  If they are found to be a ‘death benefits dependant’, then any lump sum super death benefits paid to them from their parent’s super fund should not be assessable for income tax.

Note that under superannuation law a child over 18 may be regarded as dependant, but not so under tax law.

A superannuation death benefit is a payment to a person because of the death of another.   If the recipient was dependant in terms of being a death benefits dependant under income tax law, and the payment a lump sum, it won’t be assessed as income to the recipient and so tax free.  See section 302-60 of the Income Tax Assessment Act 1997, (ITAA 1997).

The tax rules on super death benefits are set out under Division 302 of the TAA 1997.
It varies according to whether

Who is a “dependant” for the purposes of taxing a super death benefits payment?

A death benefits dependant of a person who has died, is:

Paragraph (d) is the relevant one here.  Note the requirement that the dependency must exist “just before” death.

Meaning of a ‘dependant of the deceased’

‘Dependant’ is normally interpreted to mean in a financial sense. From everyday meanings of ‘dependant’ the ATO noted that dictionary definitions referred to ‘substantial financial support or maintenance’. Looking at the facts provided it was found that the Youth Allowance payments to the adult child were at the lower rate.  When compared to the parental assistance given, the ATO said there was ‘substantial financial dependence’ on the parent.  Hence it was decided that the adult child was dependant on their deceased parent for the purposes of income tax death benefits dependant provisions.

In other respects children are of course eligible under family provision legislation in succession law to make a claim from their deceased parent’s estate.

Youth Allowance
Youth Allowance is about financial help for young people 16 to 24 years who are full-time students, or apprentices, training or looking for work.  It is administered by Centrelink, through the Australian Government’s Department of Human Services.  Click this link  http://www.humanservices.gov.au, then go to the  ‘Students and Trainees” page.