Skip to content
You are here: >> WillsHub-BHS Legal Home >> Articles on succession and inheritance law in Australia >> Who can make a will 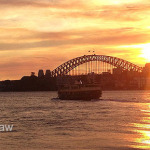 Who can make a will to dispose of their property?

Those who can make a will, change or cancel (revoke) a will under state and territory legislation must be an adult, (18 years and over) and have the required mental capacity in regard to their testamentary intentions.  Having the required mental capacity in this respect means to know (generally) what they own, who they want to give it to, or should leave it to if there are others dependent upon them for provision.  They need to be able to weigh up the consequences of their choices and potential claims on their bounty.  There needs to be an understanding that what they are doing is deciding on how what they own, their property is to be disposed of on their death and the effects of this.  And to understand that on signing their will document, what it states will become enforceable when they die, unless of course they change it beforehand.

Not everyone can make a will though.  Minors, being those under 18 years are not regarded in law as having reached full legal capacity.  Wills made by minors are invalid under wills and succession legislation in all States and Territories.   There are exceptions in regard to marriage (see below), although not in Western Australia (at this time).  The Supreme Court, may, upon application, authorise a will to be made by someone under 18, in connection with marriage and in other circumstances.

Under 18s making a will in contemplation of marriage

The law allows minors to make a will in contemplation of marriage, but if that marriage does not eventuate, the will becomes invalid.  Minors may amend or cancel (revoke) an earlier will made in connection with a marriage.  Appropriate statements about the circumstances need to be made in the will otherwise questions may be raised about its validity.  Legal advice should be sought.

Under 18s making a will in other circumstances

Other circumstances can arise, with young ones under eighteen where it maybe prudent for them to make a will.  Application needs to be made to the Supreme Court asking for permission (leave) for the minor to make a will.

For example in rare situations where a teenage child has lost a parent, was raised by the grandparents as the surviving parent made no contact, the teen may wish to make a will to ensure their property goes to their grandparents.  Under the intestacy rules it would go to the child’s parent (who had played no part in the upbringing) before the grandparents.

If a will-maker is unable to sign their will

The state and territory wills and succession legislation, go here, contains rules on how a will must be signed permit a will-maker to direct another person to sign on their behalf and in their presence.  This person may be one of the witnesses.  Legal advice is important to properly record what happened. This allows a person who is unable to sign their will, for example through sight impairment or physical incapacity, to complete the legal formalities required for a valid will and so be assured that their intentions for for what they want to have happen to their property on their will be recognised.

Considering capacity is always a difficult and challenging matter.  Under the law a person is always presumed to have the capacity to make their own decisions.  A person’s capacity can vary in relation to a range of factors, the type of decision, and timing. Being unable to make decisions in one area does not automatically translate to an inability in making decisions in other areas, including making a will.  Just because someone has a mental illness or intellectual disability, is elderly, or a range of other situations, does not necessarily mean they are mentally incapable of deciding what they want done with their property and things when they die. It is a case by case approach.

Under the general law, the point whether a person has the mental capacity is determined at the time the will is made.

Depending on the circumstances and the jurisdiction, some persons considered lacking mental capacity may be permitted to make a will under authority of the court following application.  Legal advice and medical advice from practitioners with qualifications and experience in this area is essential.