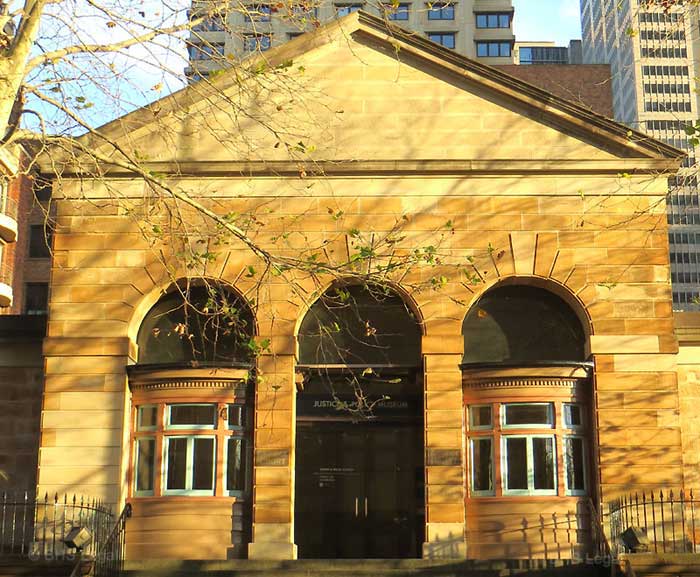 The Water Police Court a in Phillip Street Sydney ceased operating as a court in 1979. See a location map below.  The former courthouse is now the Justice and Police Museum.  The sandstone building was designed by Edmund Blacket, and subsequently Alexander Dawson and James Barnett.  It was completed in 1855.

The  Water Police Court was a Court of summary jurisdiction constituted by a stipendary magistrate under sec. 44 (1) of the Commonwealth Conciliation and Arbitration Act, as described by the High Court.1 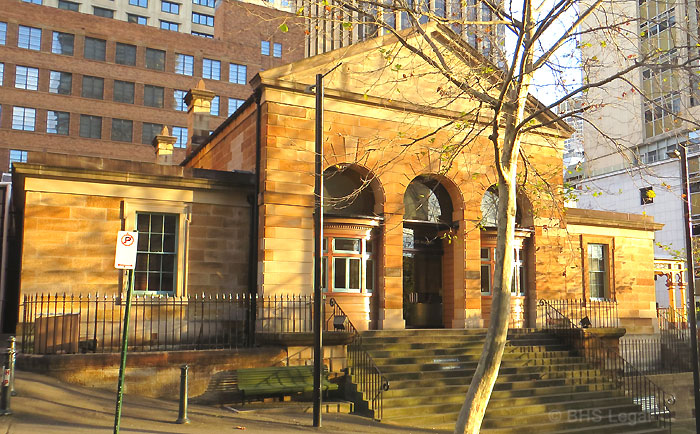 Matters before the Water Police Court were as much arising from events in the surrounding streets as with policing the surrounding waters.  In one instance a stonemason was summoned to the Court in relation to blasting certain rock in Gipps Street, without having a written license from the City Surveyor.2   The case was adjourned pending a site visit. 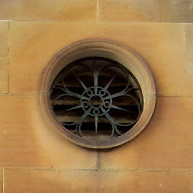 In 1864 someone was fined for housing a seaman in Sussex Street without a license to do so, under the Water Police Regulations Act.3

In the summer of 1880 the master of the steamer Waratah was brought before the Court for allowing his vessel to be overcrowded on an excursion to Chowder Bay (Mosman) on Boxing Day.  As the evidence was found to be conflicting, the Bench were divided in their opinion and unable to arrive at a decision.4 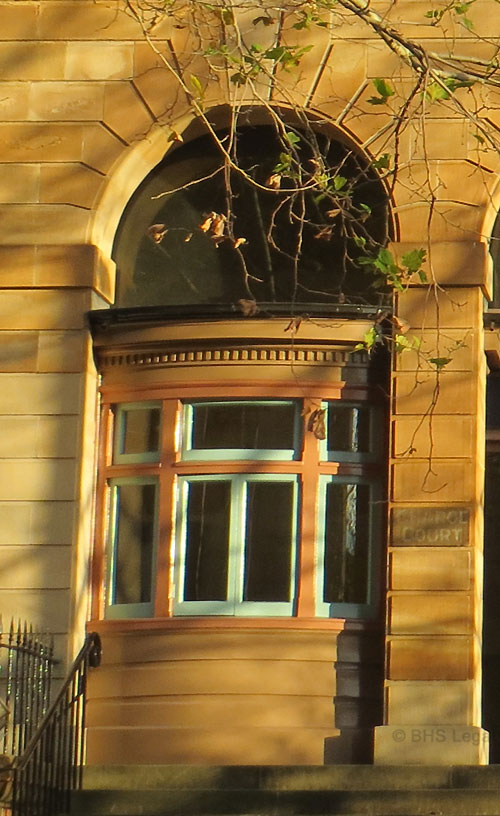 An instance of prosecution for wasting water occurred in the summer of 1881.  At Court, the water inspector proceeded against 15 persons for wasting water.  One publican was fined £5 and costs, the others costs were much less.  Presiding over the matters the magistrate decided that “in view of the magnitude of this kind of offence” all cases brought in before the court would inflict the highest penalties the law would allow.5

It will be well for the citizens to understand that the penalties for wasting water are very severe, and are being rigorously exacted.  Turncocks are engaged night and day to discover instances of water being wasted, and when they are successful they at once take steps to prosecute the offending parties.6 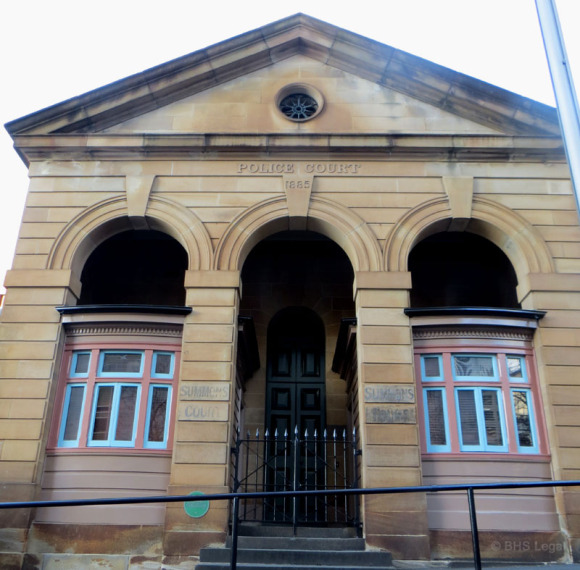 A snapshot of cases dealt with by the Magistrates of the Water Police Court in one day in 1880 included:8 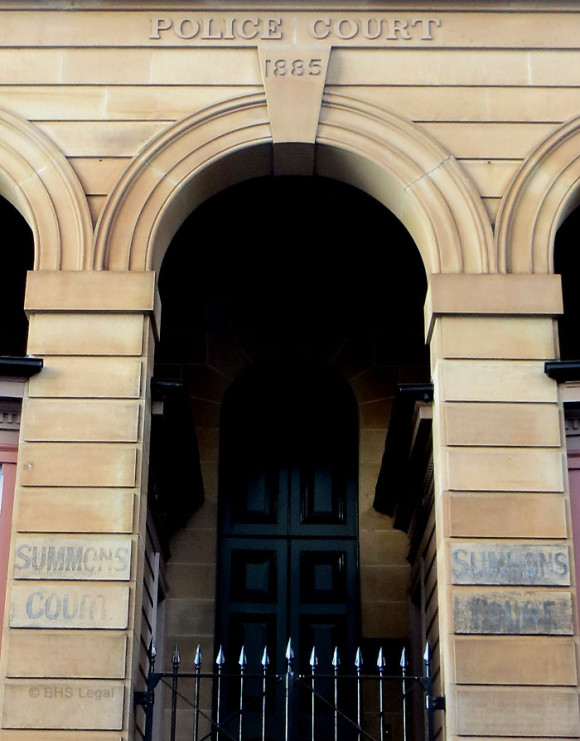 More on the Water Police Court can be read on the Heritage Council of New South Wales here and on State Records of NSW and at the Justice and Police Museum.

The Water Police Court and Justice Museum is located in Phillip Street, Sydney.