Skip to content
You are here: >> WillsHub-BHS Legal Home >> Articles on succession and inheritance law in Australia >> What are the requirements for a valid will? 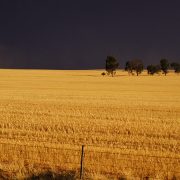 Leaving a legally valid will effective under the law


Making a valid will according to law is important to its effectiveness.    Who else needs to sign a will?

A will documents a person’s intentions for what they want to have happen when they die, see What is a will.  It contains their instructions on who is to inherit their property and how, who will administer its disposal and any preferred arrangements for their funeral.  If their intentions are to be legally effective, and ultimately put into effect, the will needs to be valid and comply with the legal rules.

Legal requirements for a valid will


The law has requirements for wills to be valid.  These are:

Statutory formalities for signing and execution


The word ‘valid’ in law means to be legally effective and have legal force.1

The will-maker’s act of signing the will shows they intended the document to be final.  A document left unsigned gives the inference that the will-maker was not happy with its contents and did not mean it to be final.

Why such emphasis on validity?

A will meeting the legal requirements for validity means the will-maker’s instructions and wishes as set out in the terms of the will should be valid and legally effective.  It should ensure the will-maker’s wishes are carried out, facilitating efficiency in obtaining court approval for a grant of probate.

A valid will is important to withstand a challenge

Sometimes a will might be challenged because its validity is questioned in some way, such as

A valid will makes for efficient and orderly probate applications

Leaving a valid will makes it easier on personal representatives applying to the court for a grant of probate.  Wills complying with the statutory formalities and general requirements reduce possible inquiries by the Probate Registry.  Problems with invalidity delay administration and increase costs, in difficult cases requiring court proceedings.

Legal formalities on signing a will

These have been mentioned above.  State and territory wills and succession legislation, (links available here) contain provisions on the validity of wills. The statutory provisions about executing a will are below.  Generally the formalities are similar but differences exist.  A will must be properly signed in compliance with the statutory formalities to be legally effective.

More on the nature of signing or rather the execution of wills can be read here.

Some ask who needs to sign a will. Witnesses are required to watch the will-maker sign their will. Then having done so, to sign the document themselves, as verification (or attestation) of what they saw. The idea is that if the validity of the will is challenged the witnesses can be contacted to say what happened.  Their presence is a check against fraudulent activity, such as forging the will-maker’s signature.

Witnesses should not be anyone who will receive a gift or some benefit (a beneficiary) under the will. To do so would disqualify them from taking the gift.  In some states and territories legislation has varied this rule under strict conditions so that an “interested witness” may benefit.  To avoid doubt legal advice is essential.

Witnesses don’t need to read the will

Witnesses don’t need to read the will, know what it says or even that it is a will.  It is the acknowledgement of the will-maker’s signature that is important.  Some people think that if the witness does know it is a will, then in the event there is a challenge as to its validity, the witness can testify what the deceased told them.

Who can’t witness a will?

Wills and succession legislation everywhere prohibits anyone from being a witness who is unable to see or attest a person signing a document. This refers to blind persons.

To ‘attest’ means a person witnessed or watched the willmaker sign a document.  If the will-maker was unable to sign, the witness saw the will-maker make some physical acknowledgement directing another person to do so.

Does the signature have to be at the end of the will?

It used to be the law in all states and territories that the signature had to be at the end or foot of the will.  Legislative amendments have relaxed that requirement everywhere except in the ACT.

Amendments to a will

Alterations to a will or additions by way of a codicil must be witnessed in the same way to be valid.  If the proposed changes are significant it is usually preferable to make a new will and revoke the previous one. Legal assistance should be sought.