Skip to content
You are here: >> WillsHub-BHS Legal Home >> Articles on succession and inheritance law in Australia >> Step-grandchildren as descendants and children 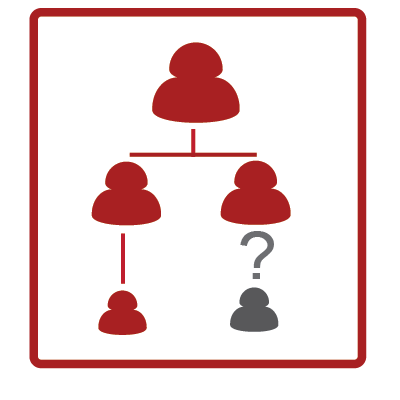 Some grandparents like to leave something to their grandchildren in their will.  If they have step-grandchildren as well, as is increasingly likely these days, are they to be included in the will too?

If grandparents intend step-grandchildren in their extended family to benefit under their will, then to assist their executors for the efficient administration of their estate, it would be helpful if they could make that clear in their will, as a recent New South Wales case has highlighted.

Meaning of beneficiary in the will
In this case1 the deceased’s will established a testamentary trust for his son.  The beneficiaries of the trust were defined to be the son as primary beneficiary, his spouse, children, grandchildren and their descendants.  The son had step-children, being his partner’s children from a previous relationship.

Were the step-grandchildren included in “children” and “descendants”?
The executors and trustees brought proceedings before the Probate Court about whether  the deceased intended his step-grandchildren to be included as beneficiaries under the testamentary trust.

The questions included whether, upon the proper construction of parts of the Will, references to the words “descendants” and “children” included the deceased’s step-grandchildren.  And if so, whether they should be rectified to make it clear that they were.

The deceased’s will had been prepared as a matter of urgency following a health crisis.  In the rush it wasn’t clarified that two of the grandchildren were in fact step-grandchildren.

When extended/blended family relationships are good, you might ask what is the problem, why the expense of a court hearing? The problem was that for the executors and trustees administering the estate, it wasn’t clear in the will, whether the references to “children” and “descendants” meant that the son’s step-children were intended by the deceased to be counted in among the beneficiaries of the testamentary trust.

While all those interested in the outcome were represented before the Court, and had agreed with the application, the Court said this did not relieve it from conducting its inquiry.

Ambiguous meaning of “children” and “descendants”
It was submitted to the Court that references to “children” and “descendants” in the will were ambiguous in these circumstances.  The circumstances were the existence of step-grandchildren and whether the deceased intended they were to be regarded as being within the meaning of  “children” and so included as beneficiaries. There was no clear answer in the will as to the deceased’s intentions; consequently the executors and trustees sought declarations from the Court.

“..in a will, the word “children” should ordinarily be read as referring to natural children for that is its primary meaning, but that other persons should be included within the term when legislation so requires or when the terms of the will or evidence show that there is reason for doing so.” (underline added)

In the present case the Court said that the meaning can be extended to stepchildren:

“Notwithstanding adherence to what might be seen as the traditional meaning of the word “children”, the Court has no doubt that in today’s society in particular cases its meaning readily extends to stepchildren.” (underline added)

The Judge thought that the evidence made it clear that in referring to either “descendants” or “children”, the deceased intended to include the step-grandchildren; that he considered them an integral part of his extended family and integral to his son’s family.

Extended meaning of “child” to include step-child not in every case
Note the Court said in particular cases an extended meaning will be given to “child” and “children”, it is not a given interpretation despite its elasticity in some circumstances. As usual every situation is different.

The Court was satisfied by the evidence before it that the deceased gave instructions that the step-grandchildren were to be included as beneficiaries of his son’s testamentary trust.

Some points to consider: