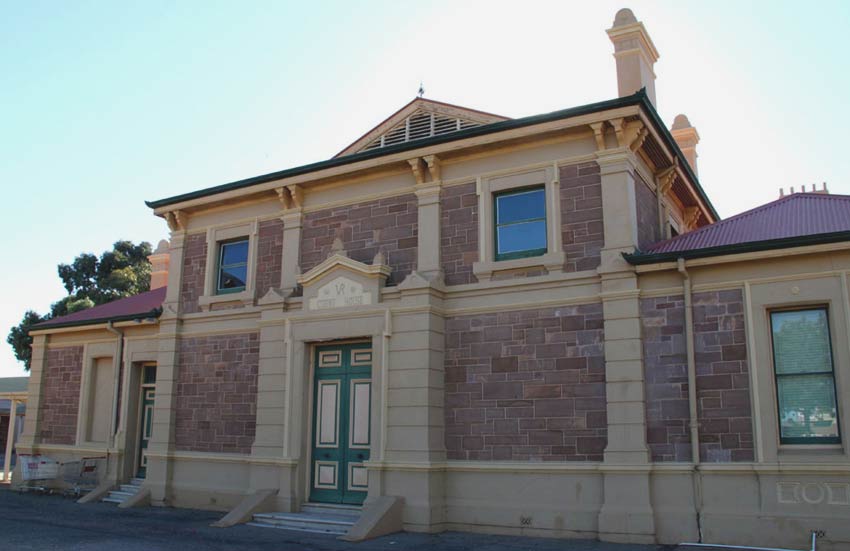 Port Augusta had a resident Magistrate as early as 1856, (South Australian Register, 1856).  In 1858 estimates were made for a courthouse and custom’s house, (The South Australian Register, 1858), drawings for a courthouse were eventually done and advertised eight years later, (South Australian Weekly Chronicle, 7 July 1866).While magistrates travelled from Clare to conduct hearings, there was no permanent magistrate in Port Augusta until 1874, when Special Magistrate E Gower was appointed.(The Northern Argus, 31 March 1874).

As in many areas of Australia, the 1880s saw a building boom in Pt Augusta with new bank buildings, a Customs House, and a post and telegraph office.  New facilities for the administration of justice were called for and in 1884 a new courthouse was  constructed, (Port Augusta Then and Now, State Library of South Australia). 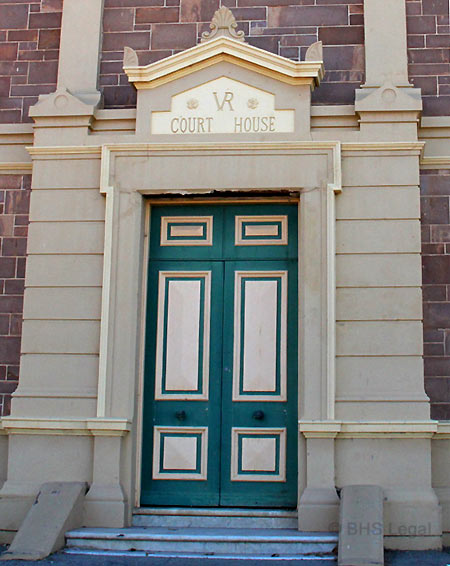 In early times, as a matter of practicality, courthouses weren’t only used for the administration of justice.

In 1896 the Northern Land Board met at the Pt Augusta Courthouse to consider applications for land, administer transfers of land ownership, applications for reductions in rent and surrenders of old leases for new perpetual leases,  under the Act of 584 of 1893, (The Chronicle, 27 June 1896).  Even the monthly meeting of the Pt Augusta Hospital Board was held in the Courthouse, (The Chronicle, 22 October 1898).

In the early twentieth century the Pt Augusta community was served as part of a monthly Circuit Court arrangement.   From the 1937 November session of the Circuit Court Justice Cleland presided over various matters.  In one case someone had been involved in placing wood over the railway line and attempting to escape custody, (The Advertiser, 10 November 1937).