Skip to content
You are here: >> WillsHub-BHS Legal Home >> Articles on succession and inheritance law in Australia >> Opposing or contesting a grant of probate – who can? 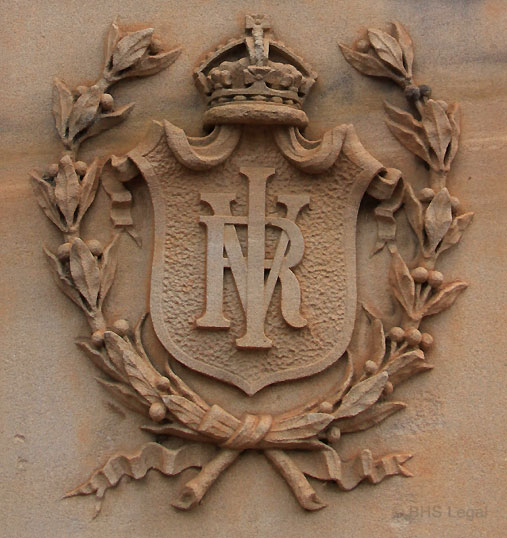 Further, it is important to be able to show that the interest is enough so as to entitle you to oppose the grant of probate being applied for; and so have standing to bring an action disputing the validity of the will.

The underlying policy is as the New South Wales Supreme Court said: “Courts limit challenges to wills to persons with a proper interest in doing so.”1  On another occasion the Court explained that it is a “serious matter that a person without standing (ie having no interest in the estate) be allowed to contest its administration, because the outcome may be utterly futile.” authorities cited therein.1

What is a sufficient and relevant interest?

In answer to the question of how the sufficiency of the interest is be determined, the Court of Appeal of the Supreme Court of Victoria has said it was:

“..by reference to the general body of probate law; and according to that law an interest sufficient to entitle a person to object to a grant must be some right of that person which will be affected by that interest.” 4

Who has an “interest” at law for opposing probate?

You have an interest if:

If you were left out of the will or you feel you were not left with adequate provision you can challenge the will under family provision legislation subject to those rules on eligibility.

Opposing a grant – receiving a benefit under a previous will

An elderly deceased made a will in 2013 a week before she died. She revoked all previous wills, appointed a close friend as executor and left all to her.

The executor applied for probate of this will but did not notify the two parties who had filed caveats (see below) against the taking out of probate.1  One of the caveators was another friend of the deceased. Both were beneficiaries under an earlier will made by the deceased in 2004.

The friend claimed that he had an interest in opposing the grant because his rights under the earlier would be affected by the grant of the last 2013 will. This was because he had an interest as a beneficiary under the 2004 will. In that will the deceased had bequeathed shares of her jewellery and personal possessions to her friends including him.

The friend sought to challenge the validity of the 2013 will for which the executor was seeking probate. He raised questions of its execution, of the deceased’s capacity, testamentary intention, knowledge and approval. The trial judge found that each was satisfied, the last will was valid and granted probate to the executor.1  The judge also held that as the friend had an interest under the earlier will, he had standing to challenge or contest what happened to the last 2013 will in the probate application.

However the case ultimately went to the High Court.5 There, the High Court agreed that the trial judge was correct in holding that the friend (the apellant) had an interest in challenging the 2013 Will, because he was a legatee6 under a previous will in 2004.  The Court rejected a submission that he had no interest in challenging the validity of the last 2013 will. They affirmed that a person will have a sufficient interest if they have a right which will be affected by the grant.2

Is a gift of personal property and jewellery a legal “interest”?

As mentioned above, under the earlier will the deceased had bequeathed him a share of her personal property and jewellery. It was submitted for the executor that such a bequest was “too insubstantial to amount to an interest.”  But the High Court said this must be rejected” because it was based on the wrong assertion that the bequest had no value.” Moreover the Court stated that “It is also legally erroneous to conclude that rights of low monetary value cannot amount to a legal interest.”

Caveat is a Latin word meaning “let the person beware”.  It is a written notice filed in the Probate Court on probate application documents.  It is typically in force for six months. The caveat operates to prevent the applicant (usually executor) not to obtain probate until after serving a notice on the caveator (the person who lodged it).

The law has established that the person filing the notice (caveator) must show that they have a relevant interest in the estate of the deceased person.  How they will meet this requirement, the law says, is if they can show that their rights will, or may, be affected by the grant which they oppose.

1.  Re: the Estate of McLaren; Mariconte v Nobarani [2015] NSWSC 667
2.  Re Devoy: Fitzgerald and Pender v Fitzgerald [1943] St R Qd 137
3.  The main role of a Probate Court is to make grants of probate or grants of letters of administration. A grant of probate or a grant of letters of administration is proof of the validity of the will that the applicant sought to propound.
4.  Gardiner v Hughes [2017] VSCA 167
5.  Nobarani v Marioconte [2018] HCA 36
6.  A legatee is a person named in a will who is to receive a gift of personal property, a legacy, for their benefit.  They are a beneficiary.


Important notice: This article is intended for general interest and information only. It is not legal advice and nor should it be used as such. Always consult a legal practitioner for specialist advice specific to your needs and circumstances and rely on that.© BHS Legal

Decorative relief carving on the sandstone entry gate pillar to the Goulburn Courthouse, NSW, constructed in 1885-1887, during the reign of Queen Victoria. Drawings for the fence were made in 1898 and constructed in 1900: Office of the Environment and Heritage, Goulburn Court House and Residence.
Image by B Stead.