Skip to content
You are here: >> WillsHub-BHS Legal Home >> Articles on succession and inheritance law in Australia >> When no will is left 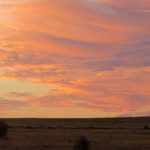 When no will is left by a deceased person they are said to have died intestate.  Dying intestate means that their property and things are distributed according to the legal rules on intestacy made by the Parliament in the state or territory where they lived.  Sometimes a person may have left a will, but for some reason a problem arises so that not all of the property can be disposed of.

The intestacy rules prescribe an order, in a hierarchical way, as to who among the deceased’s family is entitled to the deceased’s estate. A useful table summarising entitlements in New South Wales can be found on the Department of Justice Law Access site here.

However, it is not as simple as it might appear.  With changes to relationships and families in contemporary life, depending on the circumstances, working out the distribution of the intestate deceased’s property can be complex as the intestacy rules now provide for a range of situations.

In New South Wales for example, some of the attributes in the intestacy rules found under Chapter 4 of the Succession Act 2006 include the following.

Finding the rules on intestacy in Australian states and territories

The intestacy rules and order of inheritance when no will has been left and so died intestate can be found in the statutes passed by each state and territory listed in this table. These links go to the Australian Legal Information Institute website, or Austlii.

Intestacy legislation is made by Parliament as a matter of public policy, among other reasons, to ensure that deceased estates are disposed of, and not left undistributed.

Some people think that because their situation is straightforward, they don’t need a will and the intestacy rules are fine.  But circumstances can change, and when the time comes the application of the rules may not work out as they may have thought or wished. Some reasons why it is worth leaving written instructions on what you would like done with your property and things are mentioned here. More on what is required to make a valid will is mentioned here.

Header image by B Stead; sunset over the Nullabor, South Australia.