Skip to content
You are here: >> WillsHub-BHS Legal Home >> Articles on succession and inheritance law in Australia >> Murrurundi Courthouse 1840, NSW 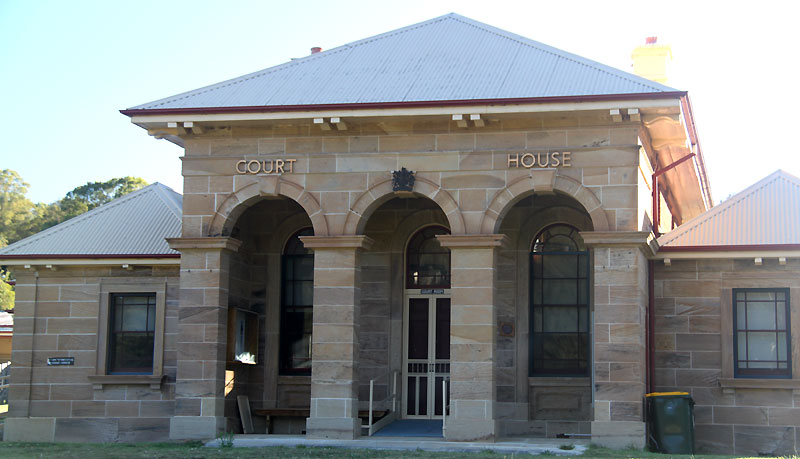 Murrurundi is a rural town on the banks of the Pages River, located in the upper Hunter Valley region of New South Wales.  The town is surrounded by the Liverpool Ranges, in   which various bushrangers roamed in the 1840s.  Ben Hall, one of the most well known  bushrangers, spent some of his early years in the Murrurundi district.

The need for a courthouse

In late 1839 a report on ‘Police in the Rural Districts’1, discussed the benefits to the districts of Muswellbrook, Merton, and Liverpool Plains, of having a Court at Murrurundi, to represent, and be the main outlet for stations beyond the northward boundaries.  It was proposed that the Police Magistrate at Invermein hold a court at Murrurundi once a fortnight. 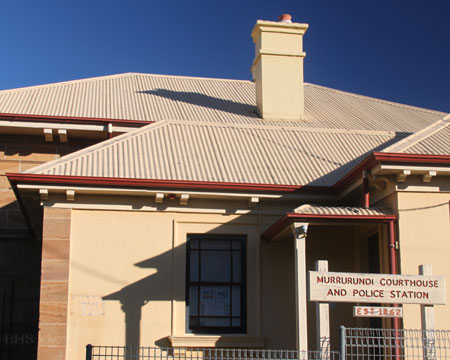 1840 – funding for the Murrurundi Courthouse to meet expectations

Meanwhile in 1840 the Governor directed that tenders be called for the erection of a temporary court and watch-house at Murrurundi.2   However some months later, despite a watch-house being much wanted, it was reported that no contractors would undertake the job.3  The Government required a “good seasoned timber, which cannot be procured in the bush”, but the problem was, they appeared not to have allowed enough funds for building it.  In September the Legislative Council resolved that a sum not exceeding £500 be allocated for building a courthouse and lock-up at Murrurundi.4 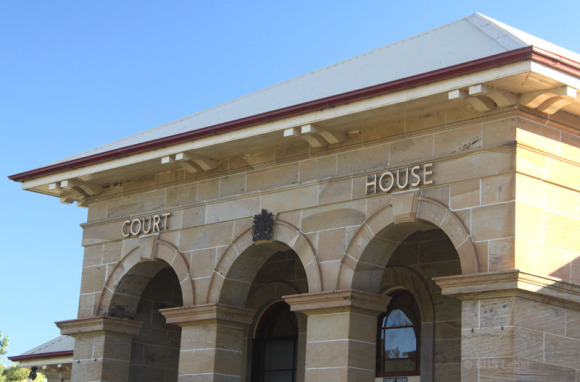 Serving the public – a question of place: no lock-up – no Court sittings
Without a suitable place for the Magistrate to conduct court proceedings, the community were keen to find a solution, even to offering the local Page Inn as a place.  The local correspondent expressed his opinion this way:

“Our Police Magistrate cannot hold a court there [Murrurundi]  for want of temporary lock-up, which is much to be regretted; a Court could be held in the Inn, which has been offered but our Police Magistrate thinks otherwise, which some suppose is a good excuse for not visiting the Page.   My humble opinion is, that holding Courts at the Page would be of much more service to the public, than sallying out after bush rangers, and loosing himself in the bush.3

1841 – bushrangers, funding and finding a place to administer justice

In 1841 the Colonial Secretary postponed the sum of 250 pounds for building the constables’ barracks at Murrurundi.5 Locals were not happy, especially as bushrangers were increasingly taking advantage of the situation.  It was reported that:

“The bushrangers are making rapid strides through this district, and the government seems to have forgotten that they have sold several allotments of land in the new township, and pocketed the cash; yet they have not made one step towards forwarding a building for a court-house or lockup”6 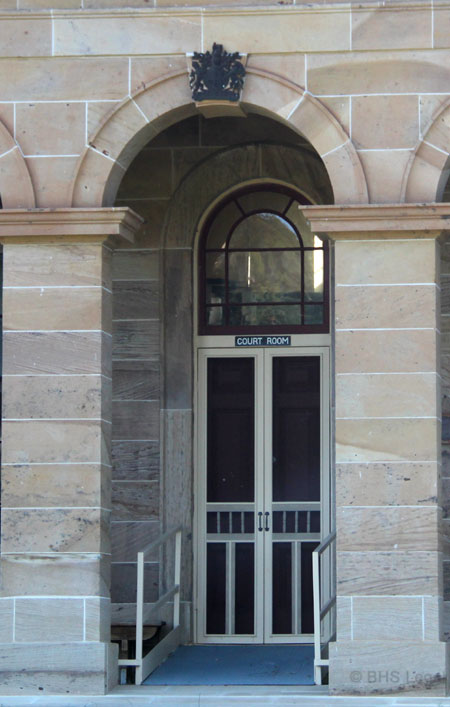 The Land Board met at the Murrurundi Courthouse to consider matters ‘touching the fulfilment of the conditions of residence and improvements of selections’.7

Court proceedings were occasionally reported in regional newspapers.  One such report in 1879 was a matter about “keeping ferocious dogs”. A fellow was summoned to answer a complaint of keeping a dog allegedly in the habit of rushing at passers by. The local medical practitioner had complained that a black dog had rushed at his horse and bit his heels as he rode down the street.  The owner was fined costs of the court and amount in ‘default distress’, – a total of £1 4s. 6.8