Skip to content
You are here: >> WillsHub-BHS Legal Home >> Articles on succession and inheritance law in Australia >> Lost, missing or misplaced will 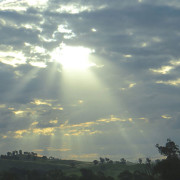 Keeping an original will safe and secure is important, especially where there is the possibility that it maybe tampered with or destroyed by others (see storing a will). A will does not come into effect until the death of the willmaker. As a practical matter, for when it is required, it is  important to let executors, or trusted family or friend of its whereabouts.

Despite best intentions, sometimes an original will cannot be located.  After thorough searches what else can be done? Some additional enquiries which may be made in finding a missing will are discussed here. If a deceased person has not left a valid will or in some circumstances a copy of it acceptable to the court, the intestacy rules apply.

It will depend on the particular circumstances, whether or not there is a testamentary document/s or a copy of the original, among other matters.

Wills and succession legislation in each state and territory contain provisions permitting Probate Courts to dispense with the formal requirements to make a valid will in some circumstances, known as the ‘dispensing provisions‘.  One example of when the Court may dispense with the formal requirements for the execution, alteration or revocation of wills is that found in section 8 of the Succession Act 2006 (NSW).  Another is section 12 of the Wills Act 1936 (SA).

In one South Australian case the original will could not be found, despite extensive searching of the deceased’s residence.  Nor did enquiries of family and friends lead to anything.  The deceased had not informed her parents or executors of the location of the original will.  Further enquiries at her bank as to whether she had a safety deposit box and newspaper advertisements did not reveal anything either.

Following execution of a document alleged to be her last will in her solicitor’s office, the solicitor gave the deceased the original and a copy.  A copy was retained by the solicitor.  One of the named executor’s applied for a grant of probate using the solicitor’s copy of the will document, which is permitted under Rule 68 of the Probate Rules in South Australia.

Over time courts have laid down various factors in deciding cases on problems with missing, lost or misplaced wills.  In certain circumstances a Court will recognise a missing original will and admit it to probate, however it has to be satisfied about a number of issues.

Among a long list of issues first and foremost is whether a document actually existed.  If it did, what is the evidence of its validity – especially the evidence of the attesting witnesses, is the will genuinely missing or was it destroyed by the deceased in an act of  revocation, that is to cancel it? What were the circumstances in which the alleged lost document was made; was it made freely and with the intention it was to be their final say on the disposal of their property, that is their “last will”?  Had the deceased instructed a solicitor or trustee company to prepare the document?

In the above South Australian case the Court said that missing wills have been the subject of considerable judicial commentary.  The Court summarised the matters for consideration in the admission of a copy of a missing will to probate as follows:

On the matter of destroying a will, the Court said that the destruction of a will by someone other than the testator without the testator’s knowledge and consent, does not revoke (or cancel) a will.

With the problem of lost or missing wills seemingly more frequent, this topic on the prospects of using a copy of an original will in a probate application has been expanded here.