Skip to content
You are here: >> WillsHub-BHS Legal Home >> Articles on succession and inheritance law in Australia >> Can illegitimate children, ex-nuptial children inherit? 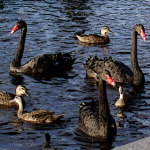 This article is an outline of the inheritance rights of illegitimate children (mostly referred to now as ex-nuptial children) under Australian succession law.

Can ex-nuptial or illegitimate children inherit?

Status of children legislation throughout Australia (see statutes and links listed at the end) makes illegitimate children equal in status to legitimate children.  The effect is that ex-nuptial children have the same rights of inheritance under succession law as legitimate children and are entitled to inherit.  Their legal status is not dependent upon whether their father and mother were married when they were born.

An example of status of children legislation is from the Tasmanian Status of Children Act 1974 which states in section 3, ‘All children to be of equal status’ that:

Making gifts to “my children” in a will

The effect on inheritance rights of the status of children legislation is that if someone with both legitimate children and an ex-nuptial child leaves a gift to “my children” in their will, it would be taken to mean that they intended both children be included in the distribution of the gift.

Similarly if using the word “issue”.  Issue means descendants of all degrees; children from all generations.  Both legitimate and ex-nuptial children would be counted the same. In the ACT the Wills Act 1968 (ACT) provides that a reference in a will to issue of a person shall be interpreted to refer to all such issue, whether legitimate or illegitimate, unless there is a different intention in the will.  Read more on children and issue in wills by clicking here.

Can an ex-nuptial child be excluded from a will?

A willmaker can, if they wish, seek to exclude an ex-nuptial child from inheriting property under their will, however the legislation requires they should state their intention expressly in the will.

Care is needed on expressing such an intention, as the legislation makes plain in some jurisdictions that words such as  “legitimate” and “lawful” in describing the parent – child relationship won’t be enough. Everyone’s circumstances are different and specific legal advice should be sought.

Excluding an ex-nuptial child from a will raises the question of the prospects of a will challenge, and whether an illegitimate child may claim on a deceased parent’s estate.

Ex-nuptial children are legally entitled to apply to the court to hear their case for provision out of a deceased parent’s estate, whether under a will or if no will under the operation of the rules of intestacy.  Whether legitimate or illegitimate children are eligible to apply for family provision from the deceased estate of a parent under the legislation in each state and territory.  Proof of parentage, paternity is required by the law however (see below) and in some places this might require a special order or declaration from the Supreme Court.

What if someone claims to be an ex-nuptial child and lodges a claim?
As mentioned, they have to produce evidence to demonstrate conclusively to the Court that the deceased was their parent. An application won’t proceed unless this has been determined and depending on the particular Court, a declaration of parentage issued.

Proof of paternity and parentage need to be established if an ex-nuptial child wishes apply for provision out of the deceased’s parent estate.   That a parent child relationship existed must be demonstrated for the application to proceed.

The legal requirements for determining paternity or parentage varies somewhat between the states and territories and again legal advice is essential.  Generally though the requirements are along the lines of the following:

Once a parent-child relationship is established then other relationships are worked out from that.

And what about the mother?
Some legislation refers only to the father, to paternity, other statutes to both.  Interpretative legislation such as the various Interpretation Acts contain rules assisting interpreting statutes. One such rule is that a reference or word in a statute to one gender is inclusive of every other gender.

It seems they can.  The status of children legislation deals with inheritance of illegitimate children on intestacy – either if the child didn’t leave a will or the child’s parent did not leave a will.

The status of children legislation in New South Wales for example makes it clear that if any relatives of an ex-nuptial child including their parents, die without a valid will (intestate), the ex-nuptial child is entitled to inherit.  See subsection (2) of section 8, ‘Rights of exnuptial children and their relatives on intestacy’, Status of Children Act 1996 (NSW).

If an ex-nuptial or illegitimate child dies without leaving a will, the status of children legislation and other legislative amendments provide for their relatives (parents, any children of the ex-nuptial child) to take the deceased ex-nuptial child’s property in accordance with the intestacy rules.  From the same source above as an example,  sub-section 8(3) of the Status of Children Act 1996 (NSW) states that:

Links to status of children legislation and relevant provisions in other succession law statutes are listed below for interest.  In some states the legislation is not retrospective.