Gundagai Courthouse is a working courthouse.  Please note, if you landed here looking for the contact and location details of the Gundagai Local Court, please go to their website here.

Gundagai is a country town on the Murrumbidgee River in New South Wales, see location map below.  The area is widely known for its Dog on the Tuckerbox Statue, just outside of town off the Hume Highway.

Gundagai has had courthouse facilities of one kind or another for over a hundred years. See a detailed history including architectural drawings of the Gundagai Courthouse in the Gundagai Gaol & Courthouse Conservation Management Plan.1

Early repairs and developing the grounds

In 1870 repairs to the North Gundagai Courthouse and improvements to its approach had stalled.  Reporting on the matter it seemed that the first choice of contractor was the cause of the delay in repairing “our local temple of justice”.  In addition the contractor allegedly had failed to keep costs ‘to an economical scale.’

It was hoped that the Works Department would sanction alterations to the Courthouse entrance and approach as documented.  The alterations proposed that

“Instead of the unsightly high wall, and the one narrow, mean entrance….that would fence in the Courthouse square, a low wall should be erected, surmounted by an ornamental railing; [and]

…there should be two entrances, with a curvilinear path from each, and that the bank in front caused by the debris thrown out when the foundations were excavated should be sloped down to the boundary wall.” 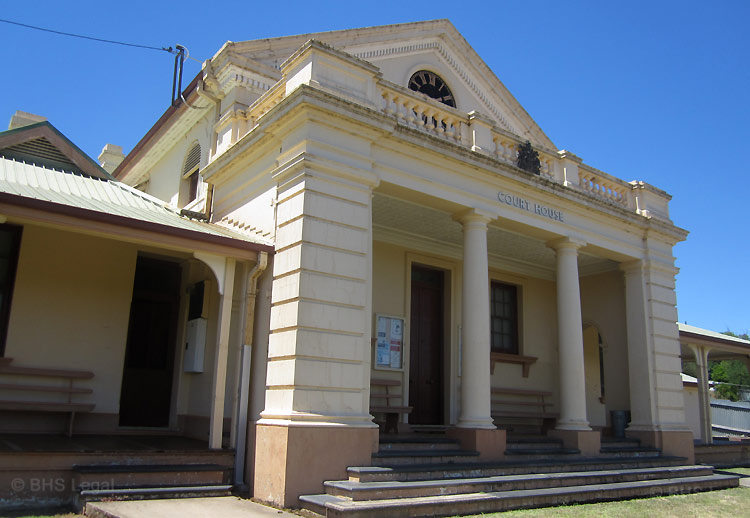 It was reported that if these improvements, at trifling expense were effected, and ornamental shrubs or trees planted in the square, it would impart a ‘pleasant and tasteful’

aspect to the building.  Whereas if the ‘original design (was) carried out the effect would be gaol-like and repulsive.’ 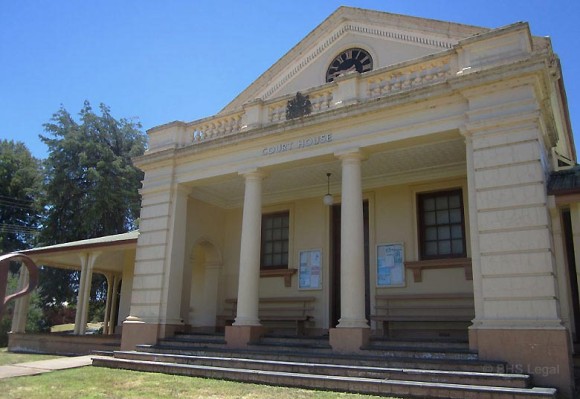 The Courthouse is at 161-169 Sheridan Street, Gundagai