Skip to content
You are here: >> WillsHub-BHS Legal Home >> Articles on succession and inheritance law in Australia >> When disposing property by will check the ownership – what can and can’t be disposed of by will

Disposing property by will, in the will-making process requires considerations to be given to what you own in your individual name, as opposed to what you might control, see further below.  As only property owned in a personal or individual name can form a deceased estate, it is only this which can be transferred by will, (or the rules of intestacy).

Other property may be owned in the name of a company or trust.  In these entities an individual may have control through shareholdings or a power of appointment.  When it comes to making a will, it is important to remember that such assets won’t form part of a person’s deceased estate and therefore cannot be disposed by their will.  See the table below for examples of what are estate (disposable by will) and non-estate assets. Making a list of property, money and things to be disposed of and who owns what is important.

Key Points You can only give away in your will property you own in your individual name. Anything not in your personal name is not yours to dispose of, even though you may control it. It pays to double check who owns what before making your will to avoid costly errors, and seek professional advice.

State and territory legislation on wills and succession state the property which may be disposed of by will.  See links to the Succession Acts of NSW and Queensland, and the Wills Acts of Victoria, South Australia, Tasmania, WA, Northern Territory and the ACT here.

Disposing property in a will – what can you include?

A basic principle in property law is that you can’t dispose of property you don’t own in your own name. So any assets not in an individual name cannot be given away by will.  The graphic above seeks to illustrate the point, and  examples of what can and can’t be dealt with by a will are listed in the table below.

Disposing property by will – the legislation

Succession and wills legislation sets out in broad terms what property can be disposed of by will, for example follow the links below:

In Northern Territory:
‘Property that may be disposed of by will’, s 6 of the Wills Act (NT).

If jointly owned property is inadvertently mentioned in a will it will automatically pass to the surviving co-owner(s) regardless of what the will says.  This is because of the right of survivorship which attaches to joint ownership.  The right of survivorship means that when a joint owner dies, the surviving joint owner or owners automatically own the deceased’s interest.  When there is only one owner left, they will own the whole property.  Then when they die, now being the sole owner, the property will pass to who they have willed it to – or according to the intestacy rules, if they have not made a will.  Information on the different ways to own property with others may be read here.

Jointly owned property is outside the will and the probate process.  Following the death of a joint tenant, updating the certificate of title on the public register is simply a matter of completing Land Titles Office formalities.  This usually involves making a survivorship application on standard forms available from the Land Titles Office; clink here for a list of links to their websites click here.

Examples of assets disposable by will:

Examples of assets not disposable by will:

Ensure to check ownership of property when willmaking

Property owned by a company or through a trust structure cannot be disposed of by will.  For example a willmaker made arrangements in her will for the care of her pets and other matters on the basis of ‘my property’.  The property was the residential home where she lived and kept two cats. She wanted the cats to stay at that property and be cared for there after she died. To this end she made provision in her will.

However after she died her executors discovered that the property was not held by her personally in her individual name, but in the name of a company of which she was the sole director and shareholder.  The company held the residential property as trustee of a discretionary trust, established at the time of purchase by her some time ago. But as she was not the registered proprietor of the residence, she was not able to give it away in her will. Other problems arose with the terms of the discretionary trust and clauses in the will, causing difficulties for her executors and trustees in administering the estate.

To resolve the issues and move forward they applied to the court for judicial advice, directions and orders.  This was at extra expense and delay, which could have been avoided if a simple check had been made of the property title deeds at the time of making the will.1 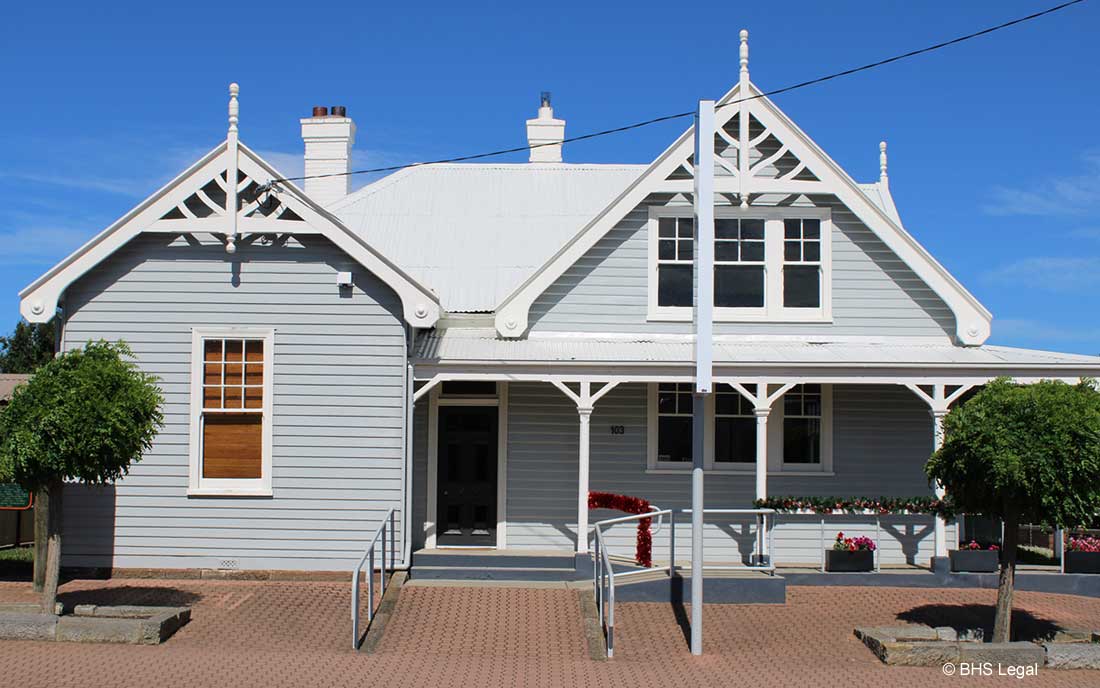