Skip to content
You are here: >> WillsHub-BHS Legal Home >> Articles on succession and inheritance law in Australia >> Court costs when contesting a will for family provision – who pays?

Court costs in contesting a will may run into thousands. 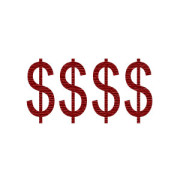 If you are thinking of making a claim for family provision under a will despite all efforts to find a solution including mediation, don’t assume that your costs will be paid out of the estate; at least in New South Wales.  What happens  depends on individual circumstances.

In recent years the New South Wales Supreme Court has “thoroughly discredited”1 the expectation that the costs of making a family provision claim will automatically be paid out of the estate.

Family provision claims – the “overall justice of the case”
The High Court has said that claims for family provision cases are different to others when it comes to considering costs, where costs follow the event.2  Instead, costs will depend on the overall justice of the case.1  This means that the Court won’t necessarily follow the usual rule in civil proceedings that costs follow the event. Costs following the event means that the successful party or the “winner” has their costs paid for by the losing party.  And it may not cover all of the winner’s costs.

In claims for family provision from a deceased estate the Court has a wide discretion in ordering who pays the costs of proceedings.  This is done after the Court has made its decision.

Case example:
In one case the Court said that it is now more common for the losing or unsuccessful party to be ordered to pay the costs of the successful party. These costs are in addition to the party paying their own costs.1

The Court said it can happen that no order may be made for costs to an applicant, especially where to do so would have a detrimental effect on them financially.1

In other words in this situation the applicant is not being required to pay the other side’s costs only their own.  In other situations it may be appropriate for the unsuccessful party to have their costs paid out of the estate, depending on the circumstances.

The executor defends the will

It is the role of the named executor/s or appointed legal personal representatives in a deceased’s will to defend that will and its terms should anyone contest it.  This is because it is your will which speaks for you after death and the people charged with ensuring your wishes go into effect are those whom you appointed as your executors.

The court’s authority to decide who pays what regarding costs of legal proceedings is provided for in legislation and rules of the court.   Practice Notes issued by the Court are also important (see below). In each state and territory a specialised division of the Supreme Court deals with contesting a will.

In New South Wales legislation giving power to the courts regarding costs is given by the Civil Procedure Act 2005 (NSW).  The applicable legislation for family provision matters is Chapter 3 of the Succession Act 2006 (NSW).   Links to legislation for the other states can be found here.

The Succession Act 2006 (NSW) gives the Court a discretion to order that costs of family provision proceedings including mediation costs be paid out of the estate, notional estate or both, in “such manner as the Court thinks fit”: ‘Costs’, section 9 of the Family Provision Act 2006 (NSW).

In 2009 the New South Wales Parliament passed new laws, requiring the court to refer all family provision claims to mediation except in special circumstances.  At the time the Attorney General said that the changes were to give judges powers to limit legal costs in will disputes, and to limit the use of expert witnesses, medical reports and valuations where unnecessary.

Some courts publish information from time to time on the requirements and procedures to be followed in the form of Practice Notes applying to an area of practice.  The Supreme Court of New South Wales issues a Practice Note No. SC Eq 7 – applying to Family Provision matters.

The above Practice Note for family provision sets out matters relating to the practice and procedure of the Court, such as the documents the applicant must submit, the information required and when, the first directions hearing, mediation, evidence required, required wording for documents and the like.  The Practice Note contains an important direction on costs of proceedings whereby the Court has power to make an order capping the costs which may be recoverable if an estate has less than $500,000 available for distribution:

24. Orders may be made capping the costs that may be recovered by a party in circumstances including, but not limited to, cases in which the net distributable value of the estate (excluding costs of the proceedings) is less than $500,000.

Court costs: who pays, that is, what sort of orders?

Possible outcomes in a court order may include:

What factors can affect decisions on costs?

As mentioned the Court has a wide discretion in awarding an order for costs.  Examples of factors that may be taken into account, depending on the circumstances are:

Resolving grievances and competing claims among beneficiaries, usually members of the same family, is challenging and stressful. It can deplete the estate.  It is in everyone’s interest to settle things quickly and quietly.

As always, professional legal advice should be sought on individual circumstances. Names of legal practitioners practising in this area can be obtained from ‘Find a solicitor’ searches on the law society website in your state or territory; click here for links.