Skip to content
You are here: >> WillsHub-BHS Legal Home >> Articles on succession and inheritance law in Australia >> The old Beechworth Courthouse and jail 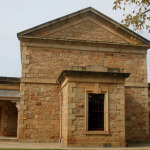 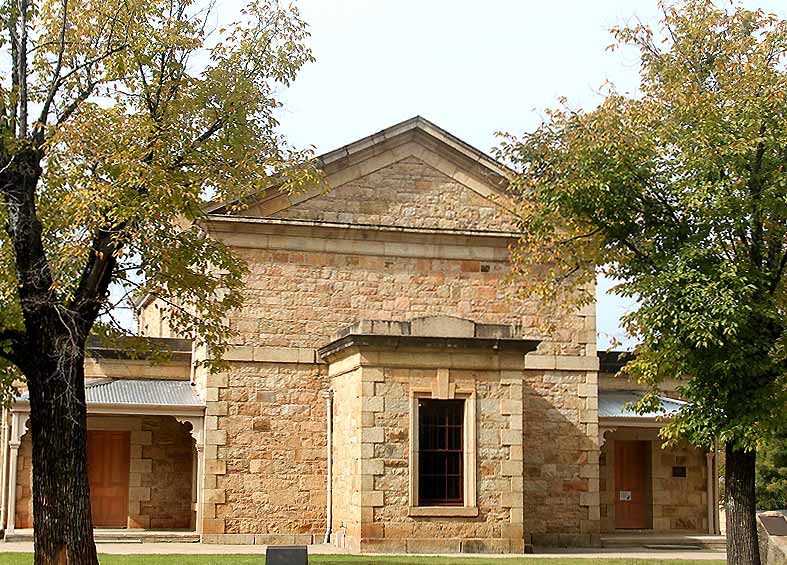 In 1852 gold was discovered near the town of Beechworth, a town in the north-eastern region of Victoria.  See location map below.  Like many other regional areas of Victoria and New South Wales in the 1850s, the allure of discovering a quantity of the precious metal and the prospect of making an instant fortune, attracted many both near and far.

With the rapid growth in population and fortunes won and lost, there was a need not only for facilities to administer justice but other services such as the public administration of land and policing.  The Courthouse is located among a cluster of other historic public buildings such as the Lands Office and the Police Station and Lockup.

Conditions for the conduct of trials before the 1858 courthouse were dire.  In 1857 a long piece in the local newspaper on the unsatisfactory conditions for the administration of justice ran the heading “Wanted a Court-house”.1  The correspondent wrote in part:

Every one in the district whom misfortune or curiosity has enticed within its walls, knows full well that it is incommodious in the extreme, ill ventilated, and ill arranged. The space for the magistrates is circumscribed, but that for the jury is smaller in proportion, and the unfortunate twelve who are compelled to coil themselves up within its limits…

A table about three feet long is set apart for the six or seven members of the learned profession in Beechworth who when they do contrive to seat themselves, are exposed to rude bumps and shakes from any one who compelled by business to pass them. 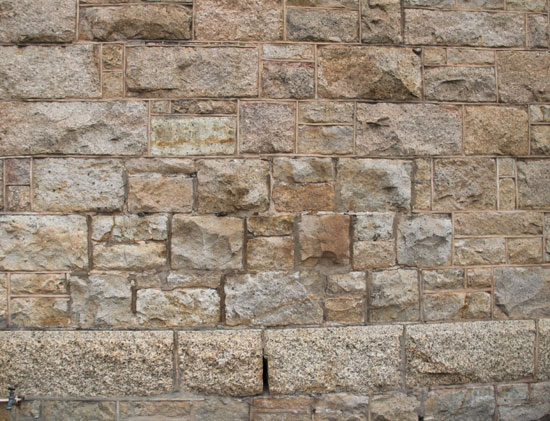 Historic information (from the links below) records that the Beechworth Courthouse was constructed of granite.

The original architectural drawings by Brian Cox of the Survey Office, Victorian Public Works Department for the Courthouse and other public buildings in Beechworth can be viewed online through the National Library of Australia’s Trove website, click here.  The drawings show floor plans and elevations. 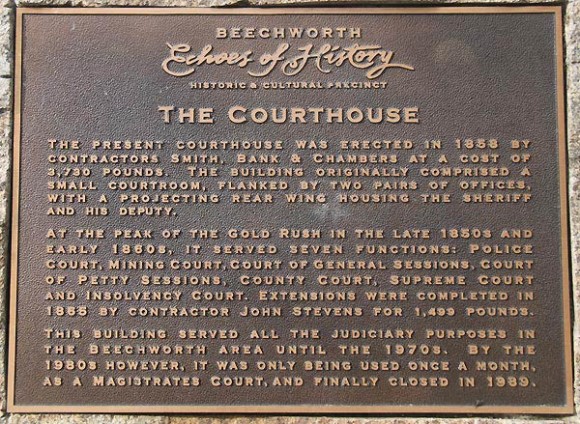 A wills and estates case from Beechworth – 1882

The deceased owed money to others.  The estate was sufficient to pay all debts. Six weeks had passed since death, and nothing had happened towards winding up the estate, which included a hotel.  The executrix (female form of executor) had possession of the will, in which the whole estate was given to her.  However she had neither proved the will (obtained a grant of probate) nor renounced her position.

Having proved his debt at law, one of the creditors decided to take action. He applied to the Court for administration of the deceased estate so he might get paid. The executrix did not appear in court nor was represented, which made it difficult for the Court, as she had possession of the will.

The problem for the Court then, was how to grant administration to the applicant creditor, when there was no original will document in Court.  Further complicating things were recent changes to the legislation which abolished the Court’s power to compel an executor to bring in the will, but without having made a substitute rule on what to do in such situations. 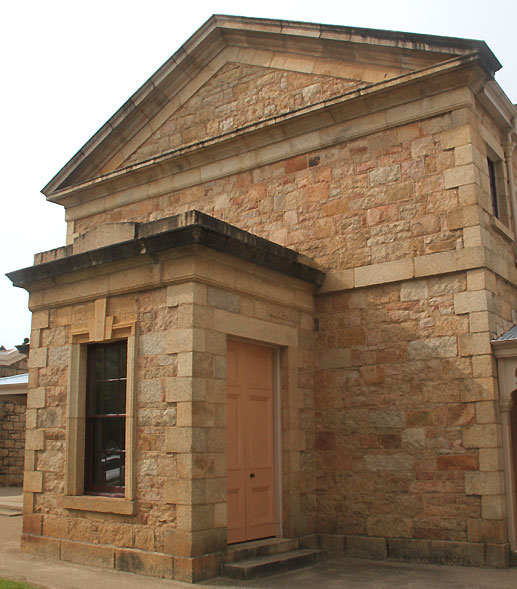 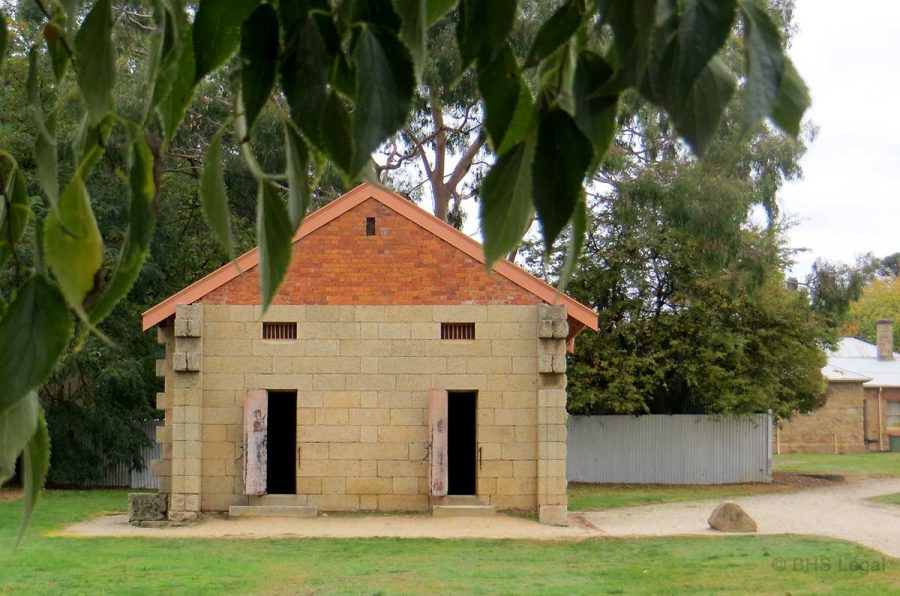 The Stone Lockup at the rear of the Beechworth Courthouse above. 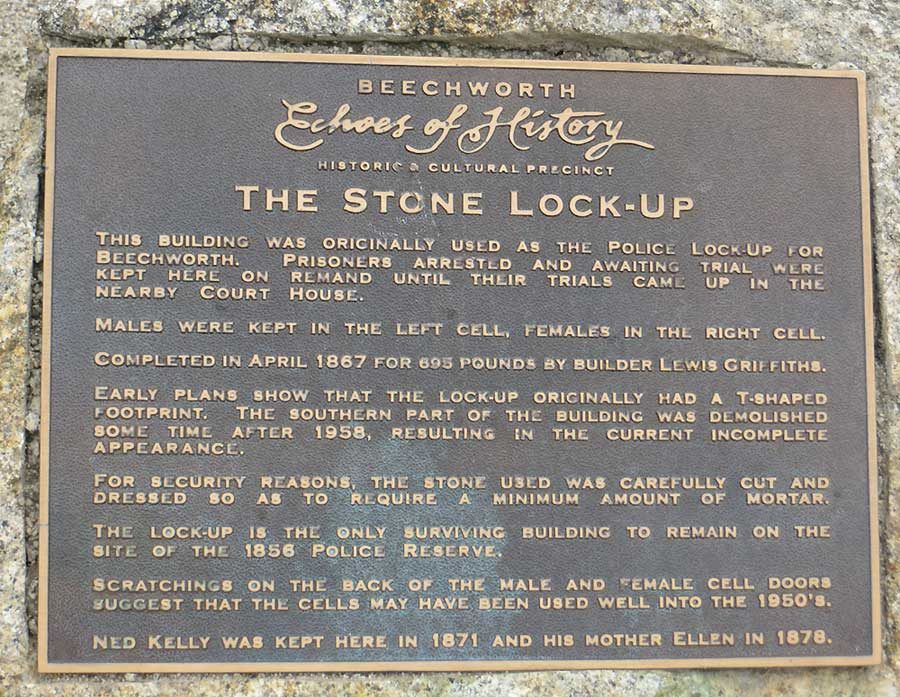 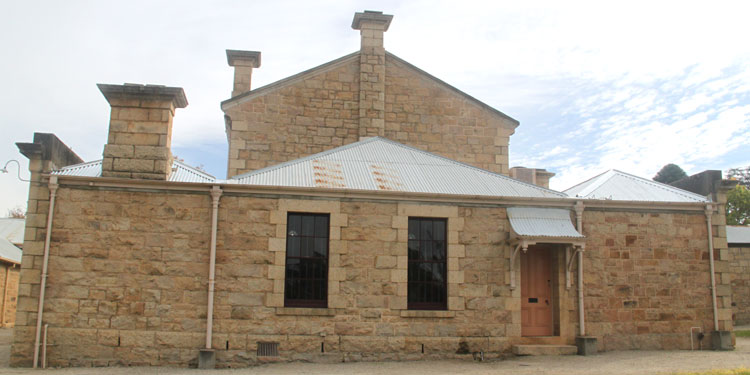