Skip to content
You are here: >> WillsHub-BHS Legal Home >> Articles on succession and inheritance law in Australia >> Armidale Courthouse 1859 NSW

Please note that the Armidale Court House is an operating court. If you have landed here looking to contact the Court please find contact details on the NSW Government Local Court site here and on the Service NSW site here.

The Armidale Courthouse and Sherriffs Office at 143-145 Beardy Street,  Armidale, in the Northern Tablelands was an operating Local Court of New South Wales until 2014.  See a location map below.

The Armidale Courthouse and Sherriff’s Office listed on the State Heritage Register, are said to be an example of Classical Revival style and reflecting the work of three successive colonial Government architects: A Dawson, J Barnet and W L Vernon. 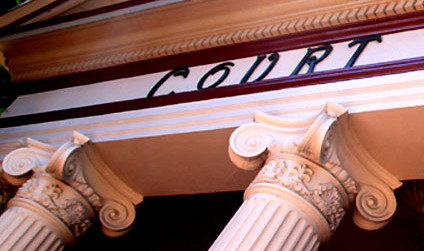 In 1844 the first courthouse was opened in Armidale.1  Two years later in 1846 the Armidale Court of Petty Sessions followed.  More on that can be found on the State Records site at www.records.nsw.gov.au.   It was created under the provisions of s.17 of the Offenders Punishment and Justices Summary Jurisdiction Act of 1832.

Making provision for the administration of justice was a slow, ongoing affair.  In 1859 the Department of Land and Public Works called for tenders from builders and others willing to contract for the erection of a new court-house at Armidale.  Plans, specifications and form of tender could be viewed at the Colonial Architect’s Office in Sydney.2  Work began in 1859 and in 1860 it was reported that the Courthouse was “half finished”.3

When courts were open on Saturdays

In 1884 a correspondent reporting on Armidale District Court sittings that:

“The court was opened in Armidale on Saturday morning, the judge having travelled during most of the night from Inverell.

Anxious to get through all the business on Saturday..he sat until a quarter of an hour before midnight – he only stopped then, it is believed, because the following day was Sunday.

The weather in Armidale has been very wintry for some time past, and the court-house was miserably cold. The judge, the reporters and all the officials who had to be seated were wrapped up in blankets and shivering.

Yesterday morning the judge commented severely upon the construction of the court-house and arrangements made for heating the building.

He said that he has represented time after time the necessity for stoves, especially in court-houses on the tableland; but the Colonial Architect’s department pays no attention to anything which a district court judge says. He particularly requested the Press to take the matter up, and try to obtain a remedy.”4
In 1892, during debate in the Parliament, Legislative Assembly, on an amendment to the criminal law, Mr Barlow recounted that when he was in Armidale and visited the courthouse, to his surprise he saw a prisoner leave the dock and enter the witness box, where he “so damaged his own case that a conviction speedily followed.”  Sir Samuel W Griffith enquired whether any injustice was done, but he did not say that there was.5 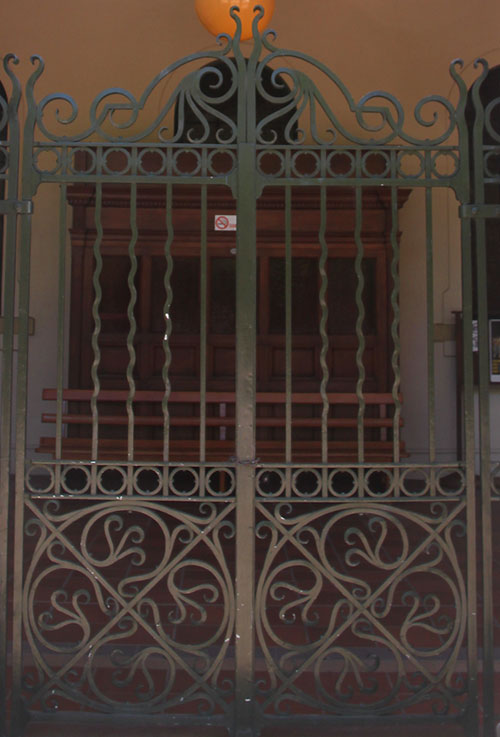 In 1882-3 there was a jury trial at Armidale before Windeyer J over possession of a portion of land near Armidale, and whether, among other matters, it could be excluded from selection under the Alienation Act of 1861 on the ground that it was under a lease for mining purposes.

A new trial was ordered on various grounds and heard before three judges.  It was held that the lease could take effect only from the time of its execution. In order to exclude land from selection under the Alienation Act of 1861 on the ground that it is under lease for mining purposes, it is necessary that an actual lease of the land in question should be in existence.  All requirements of the Mining Act should be complied with in every respect, both by the Governor in execution and an applicant.  Therefore no lease issued to the defendant at the time of the plaintiff’s selection, and such selection was valid.6