Skip to content
You are here: >> WillsHub-BHS Legal Home >> Articles on succession and inheritance law in Australia >> Adult children left out of a will 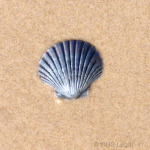 Under the law the Court may make an order for provision from the deceased estate for the maintenance, education, or advancement in life, to an “eligible person”.  (The wording in New South Wales, but the other states and territories are along similar lines.)

Assessing adequacy of any provision

Assessing the adequacy of any provision left or not left is approached as the Court stated in a New South Wales case1:

“The question of whether the provision, if any, made for an eligible applicant is adequate for his or her proper maintenance, education or advancement in life is to be assessed having regard to the facts and circumstances of each individual case.” (emphasis added)


Claims by adult children – some useful principles to remember

When it comes to claims by an adult child, the Court (in NSW) listed some principles in a family provision case which it said are useful to remember:2

(a) The relationship between parent and child changes when the child leaves home. However, a child does not cease to be a natural recipient of parental ties, affection or support, as the bonds of childhood are relaxed.

(b) It is impossible to describe in terms of universal application, the moral obligation, or community expectation, of a parent in respect of an adult child. It can be said that, ordinarily, the community expects parents to raise, and educate, their children to the very best of their ability while they remain children; probably to assist them with a tertiary education, where that is feasible; where funds allow, to provide them with a start in life, such as a deposit on a home, although it might well take a different form. The community does not expect a parent, in ordinary circumstances, to provide an unencumbered house, or to set his or her children up in a position where they can acquire a house unencumbered, although in a particular case, where assets permit and the relationship between the parties is such as to justify it, there might be such an obligation:….

(c) Generally, also, the community does not expect a parent to look after his, or her, child for the rest of the child’s life and into retirement, especially when there is someone else, such as a spouse, who has a primary obligation to do so. Plainly, if an adult child remains a dependent of a parent, the community usually expects the parent to make provision to fulfil that ongoing dependency after death. But where a child, even an adult child, falls on hard times, and where there are assets available, then the community may expect a parent to provide a buffer against contingencies; and where a child has been unable to accumulate superannuation or make other provision for their retirement, something to assist in retirement where otherwise, they would be left destitute:….

(f) The adult child’s lack of reserves to meet demands, particularly of ill health, which become more likely with advancing years, is a relevant consideration: …. Likewise, the need for financial security and a fund to protect against the ordinary vicissitudes of life, is relevant: ….. In addition, if the applicant is unable to earn, or has a limited means of earning, an income, this could give rise to an increased call on the estate of the deceased: …..

(g) The applicant has the onus of satisfying the court, on the balance of probabilities, of the justification for the claim: ….

(h) Although some may hold the view that equality between children requires that “adequate provision” not discriminate between children according to gender, character, conduct or financial and material circumstances, the Act is not consistent with that view. To the contrary, the Act specifically identifies, as matters that may be taken into consideration, individual conduct, circumstances, financial resources, including earning capacity, and financial needs, in the Court’s determination of an applicant’s case.

(i) There is no obligation on a parent to equalise distributions made to his or her children so that each child receive benefits on the same scale as the other: …

References to”the Act” above are to the Succession Act 2006 (NSW).  Chapter 3 of that legislation deals with family provision.

Adult children making claims – equality is not the main thing

Making a claim on the estate is not necessarily about achieving equality between siblings.  The High Court said the following (and quoted in the above case) that:

‘The measure to be applied is not what has been given to one, but what the other needs for his or her proper maintenance, giving due regard to all the circumstances of the case …  Equality is not something to be achieved by the application of the Act, although in some cases equality may set a limit to the order to be made – for instance, where there is not enough to provide proper maintenance for all entitled to consideration whose need is the same.’3

The above principles were cited in a case in Western Australia where an adult child was left out of a mother’s will and sought financial provision out of her deceased estate under the provisions of the sections 6 and 7 of the  Family Provision Act 1972 (WA).  It was concluded that the adult child had a need and a moral claim, with the result that the estate was divided equally between the three adult children. The informal will was to be altered for the applicant to have one-third interest.4

There was some evidence of estrangement between the parent and child. The Court said that such estrangements don’t excuse a willmaker from leaving provision to dependents or those ‘eligible’.  Citing authority the Court stated that estrangement does not relieve the obligation of a testator to provide, nor prevent someone claiming from satisfying the legal requirements.4

Estrangement is a challenging topic and not free of value judgments – what is estrangement?  Is it understood as being the same thing for all people?  Should someone have to provide for a child who has not been in touch for years – and how many years is “too much”?  Or should there be a “shifting line” dependent upon the circumstances of the case?

“..should accept that the deceased, in certain circumstances, is entitled to make no provision for a child, particularly in the case of one “who treats their parents callously, by withholding, without proper justification, their support and love from them in their declining years. Even more so where that callousness is compounded by hostility..”5

Time limits for lodging a claim for provision

Finally, note that the different statutes imposes time limits on making family provision applications.  The time period starts from the date of death and can vary in length between the states and territories. An extension of time may be sought from the Court in some cases, but whether it is granted will depend on the circumstances of that case.  As always legal advice should be sought.